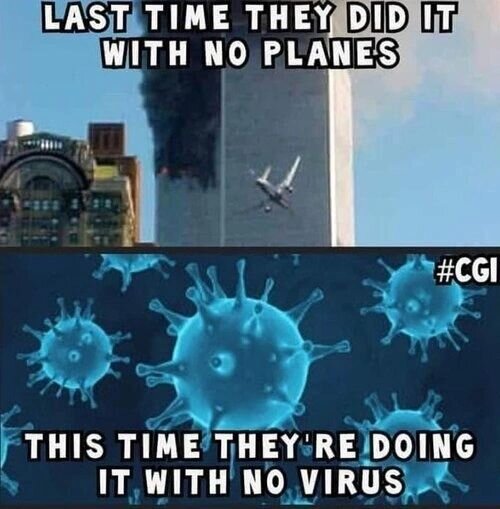 9/11 An American PsyOpera Documentary by no planes investigator Ace Baker (who faked his death on a radio interview) + « I Deny » your sacred, holy, hurried footage… « Your Psychological Operation » by Ace Baker. Solving 9-11 to Save-The-World ft Nikola Tesla by Chief Justice https://nurembergtrials.net/nuremberg-trials-2-0/f/solving-9-11-to-save-the-world-ft-nikola-tesla-by-chief-justice

Can aluminum planes penetrate structural steel without breaking, crumpling or slowing down?

What about the video’s and witnesses of « planes »?

All  the alleged witnesses described different planes, some saw no-plane,  and some described just an explosion; as seen in all 4 of the original  live impact videos. Only the coordinated « news » reporters claimed they « saw » a plane.

No plane in Shankesville hole?

No one entering or exiting any buildings. No one injured. All people in  this scene survived. There is no deaths from 9/11/2001 in the U.S.  Social Security Death Index.

WTC  windows were bulletproof; fake people or dummies or witnesses thrown  from the building? No one would « jump » from just a smokey building into  certain-death!

Security  guard Hermina Jones said officials had recently taken steps to secure  the towers against aerial attacks by installing bulletproof windows and  fireproof doors in the 22nd-floor computer command center. “When the fire started, the room was sealed,” said Jones, who was in the command center when explosions rocked the building.  Security Guard: Bomb Sniffing Dogs Were Removed Day Before 9/11 (newspunch.com)

The B thing was a project wherein the artists removed the glass from one of the windows and constructed a crude balcony outside the building.  Balcony Scene (Or Unseen) Atop the World; Episode at Trade Center Assumes Mythic Qualities – The New York Times (nytimes.com)

What about the Jumpers? Is the picture below a real person or Photoshopped in later?

Smoke Machines & Dummies? Would they jump from 1300 feet because of smoke?

Would they jump from 1300 feet because of smoke?

Would this lady jump to certain death, with no fire and no smoke? Assuming she is real!

What happened to the hijacked planes? Operation Northwoods!

What about the box cutters and phone calls? You only have 1 witness in each case!

Ted Olson’s Report of « Box Cutters » on Phone Calls from Barbara Olson on 9/11: FBI « The Calls Never Happened« .  These airplanes were either not equipped with seat-back phones or the  technology was not available to make calls at 300-500+ MPH without  disconnecting every 45 seconds as a plane quickly passes each tower.

January 28th 2004 Passengers calling from cell phones noted the use of box cutters on only one flight, the report said  9/11 Hijackers Used Mace And Knives, Panel Reports – The Washington Post

The only report of « hijackers » comes from an anonymous and unknown message « we have some planes » The 9/11 Commission Report (fas.org)