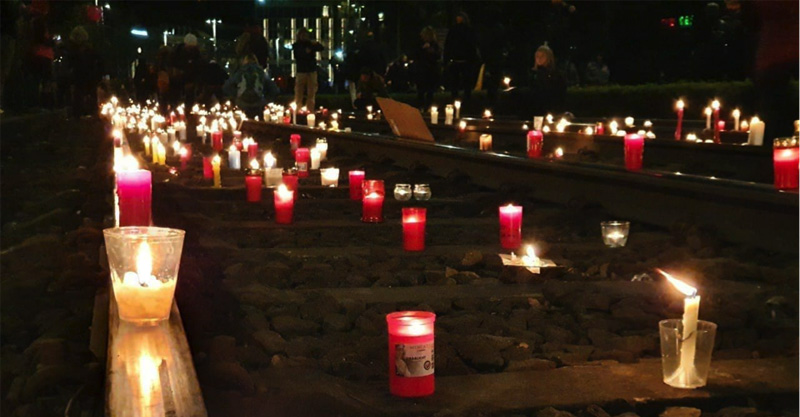 November 7 th …’Das Folk’, The People are on the streets again. Thousands of people rallied the heart of the city of Leipzig in another event for Peace, Love and Freedom. Protests have been going on all over Europe these last weeks, but what is happening in Germany is truly unique…

Last summer when we announced that the inaugural meeting of the European chapter of Children’s Health Defense would be held in Berlin, there were serious discussions around the coming of our beloved chairman Mr. Kennedy. Was it safe to travel to Europe? What would happen in Berlin? Was it …the right time, place and people? Ask your heart, and you will know the answer. Yes, we knew, Germany would be a historic moment, something meaningful. And it was… beyond our imagination!!!

In spite of all efforts made by the Berlin city officials to cancel the event and discourage people from coming, over one million people joined from all parts of Germany and Europe in one of the biggest freedom rallies of the century. The unforgettable speech of Robert F. Kennedy, Jr. echoing his uncle’s words in 1963 in a message to defend the ‘free people of Berlin’ against the threat of communism and dictatorship instantly reached tens of millions around the planet. And his warning sounded very clear. Democracy is in danger again, this pandemic is a coup d’etat and we are here together to fight for our rights”.

Every single person I’ve met In Berlin has told me the same story “As Germans we had to grow up with the shame of the nazi regime and the misery of communism. Never ever ever ever can this happen again! There is simply no way we can accept another totalitarian society. It’s a matter of life or death…

The Germans have been on the streets every Saturday since August in dozens of cities. Hundreds if not thousands of doctors completely disagree with the ‘coronameasures’. They are speaking out, supported by dozens of lawyers, scientists, artists, sportsmen, businessmen, parents. It is difficult to estimate how many people are aware of the situation in Germany, but some say it could be up to 20% of the population.

Freedom fighters marched every week with portraits of Ghandi, love messages, prayers, peace songs and meditation and week after week they have been called extremists, fascists, and violent criminals by their media and government. Black blocks infiltrated their ranks to provoke incidents, police forces tried to intimidate them. During one of the recent protests in Berlin we saw images of our good friends brutalized and arrested by ‘robocops’ while they were simply walking around in the crowd. But here they are again. Nothing will stop them.

I invite you to watch this unique moment in Leipzig. The police announced the end of the protest at 3pm ‘because the crowd was not respecting social distancing and not wearing masks’. But when the organizers left the stage, the people simply refused to go. They showed so much strenght, so much courage, they were so many, that nobody could force them to leave. Our friends resisted with peace and love and a growing part of police forces is turning on their side. This is the new spirit of the German people, a spirit that should both awaken and inspire us.

Watch this beautiful video of the people in Leipzig. Perhaps your eyes like mine will fill with tears seeing love where you could expect rage. Let the new spirit of Germany surprise you and guide you, as a light that rises from the deepest of darkness.

The streets of Leipzig, November 7th