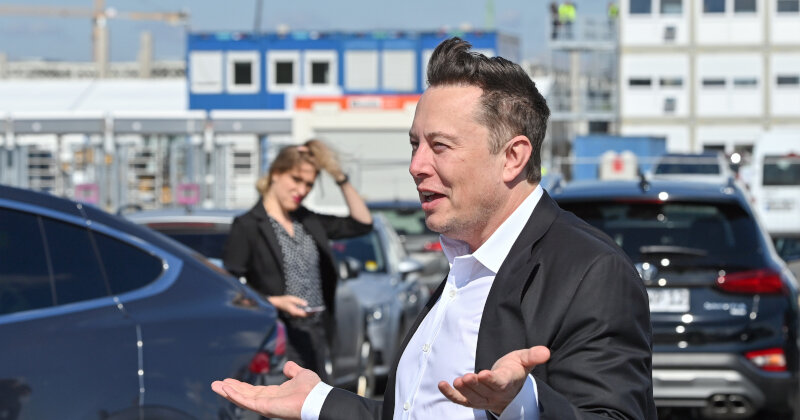 SpaceX and Tesla founder Elon Musk has said that neither he nor his family will likely take future coronavirus vaccines even when they are readily available, saying the pandemic has “diminished [his] faith in humanity.”

In this compilation of audio excerpts, Elon Musk and Kara Swisher bump heads during her podcast about COVID-19, economic lockdowns, and whether or not to take a vaccine.

Speaking during a podcast interview with Kara Swisher, 49-year-old Musk stated that neither he nor his children are at risk for Covid-19 and therefore would be unlikely to need the vaccine.

“This is a no-win situation. It has diminished my faith in humanity, this whole thing… The irrationality of people in general,” Musk said.

He also decried lockdowns across the globe and in the US in particular, having previously referred to them as “unethical” and “de facto house arrest.”

Musk said widespread lockdowns were a mistake and only at-risk people should quarantine “until the storm passes.”

When pressed about the risk to his own employees and their families, with Swisher asking what if someone dies, Musk pithily responded: “Everybody dies.”

“We’ve been making cars this entire time and it’s been great,” he said of Tesla keeping its factory doors open in defiance of lockdown rules, which at one point prompted an irate response from Musk and even a lawsuit against Alameda County. He added that SpaceX has been fully operational throughout the pandemic thanks to its national security clearance.

Musk also took aim at Bill Gates, highlighting that his fellow billionaire’s criticisms of lockdown skeptics are unfounded and misplaced in Musk’s case.

“Gates said something about me not knowing what I was doing. It’s like, hey, knucklehead, we actually make the vaccine machines for CureVac, that company you’re invested in,” Musk explained, referring to the fact that Tesla manufacturers machines for CureVac. The entrepreneur also noted that he works closely with the Harvard epidemiology team which is currently working on Covid-19 antibody studies.

Alex Jones drones over Zilker park to warn people about the truth of the Covid lockdowns.