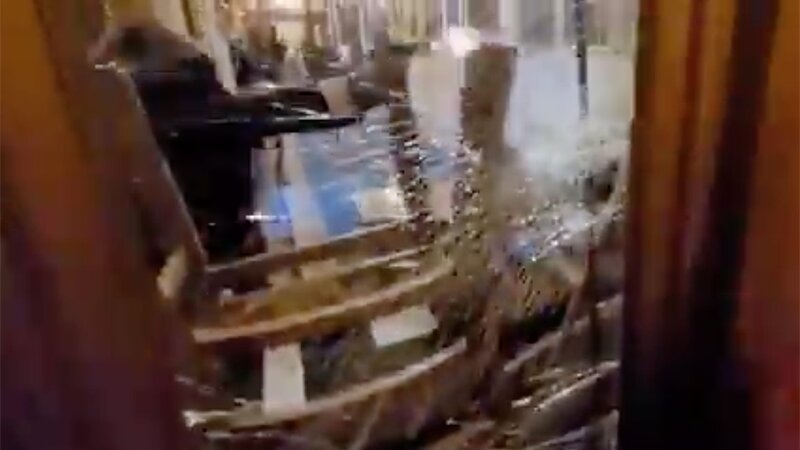 You can see the officer looked right at her before pulling the trigger. Additionally, there were cops armed with AR-15s right behind her.

Even leftists are saying this was a horrific crime which should be aggressively prosecuted:

Here’s additional angles of the shooting:

Warning: Content May Be Offensive or Disturbing to Some Audiences. Mainstream media doesn’t want the American public to see this footage of an American patriot being shot dead for protesting in a taxpayer-funded building.

MSNBC aired footage of her being carried out on a stretcher covered in blood.

Ashli Elizabeth Babbitt, 35, was a wife and a 14-year veteran who served four tours with the US Air Force and worked as a high level security official throughout her service.

“Her husband says she was a strong supporter of President Trump, and was a great patriot to all who knew her,” KUSI reported Wednesday.

Full unedited footage from Wednesday’s historic Save America march captured the tragic turn of events that led to the fatal shooting of Trump supporter Ashli Babbitt inside the halls of Congress.