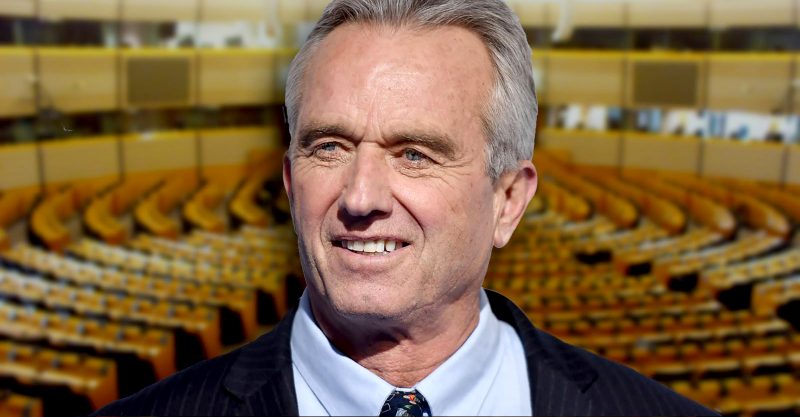 Children’s Health Defense is asking people in the U.S and EU to call Members of the European Parliament and ask them to reject the digital certificate requiring travelers to show proof of vaccination or negative COVID test.

The Defender is experiencing censorship on many social channels. Be sure to stay in touch with the news that matters by subscribing to our top news of the day. It’s free.

The European Parliament will vote next week on a digital “Green Pass” that people would be required to present as proof they have been vaccinated or tested negative for COVID.

The pass would be required for travel between EU countries. Anyone traveling from outside the EU could also be required to present an equivalent pass.

Children’s Health Defense (CHD) is asking people in the U.S and EU to call EU Members of Parliament (MEP) and ask them to reject the Green Pass.

The proposed Green Pass would include information on the brand of the vaccine a person received, date and place of inoculation, and the number of doses administered, as well as information from a lab or hospital confirming negative test results.

EU members have already agreed on technical specifications for the digital pass, and plans are underway to launch a pilot phase in early summer.

“U.S. citizens should be concerned that if the EU approves the Green Pass, it will set the precedent for the U.S. to also develop and require vaccine passports,” said CHD President Mary Holland. “That’s why we’re asking for everyone, not just people who live in Europe, to call the MEPs.”

CHD Chairman Robert F. Kennedy wrote to the EU Parliament on behalf of CHD, stating CHD is “deeply concerned by the unintended consequences of the COVID crisis, including how they affect children worldwide.”

In Kennedy’s letter below he said the Green Pass “promises freedom. But when the door remains locked, and only keyholders may pass, are we free? A pass to liberty is, in its nature, a guarantee of discrimination.”

Freedom needs no pass; but the people need freedom

Dear Members of the European Parliament,

We write as the Chair of Children’s Health Defense (CHD), a nonprofit based in the United States, and President of CHD-Europe. Our global advocacy organisation seeks to protect children’s health through exposing causes of ill health and bringing to justice those that are harming their health. We are deeply concerned by the unintended consequences of the COVID crisis, including how they affect children worldwide.

We oppose the Parliament’s adoption of the “Green Pass” (Digital Green Certificate, introduced March 17, 2021 with proposal #COM 2021 130) without thorough, vigorous debate. While the intent of the Green Pass is to facilitate travel during the COVID-19 pandemic, we fear it will do the exact opposite: It will stifle travel and human interaction.

I write as Chairman of the Board of Children’s Health Defense Europe regarding the Green Digital Certificate Proposal, and subsequent to my highly publicised letter of 22 March 2021 on this important subject.

It is clear we are living in exceptional times, as we see the European Union hurrying to erect a new ‘universal framework’ for disease control within the Schengen Zone. It is a response to last year’s sudden cascade of Member States locking their doors to European Citizens in fear of disease.

The EU would now offer us the key: a vaccine card in the form of ‘interoperable’ digital certificates, to be known as the Green Digital Certificate. The GDC Proposal promises freedom. But when the door remains locked, and only keyholders may pass, are we free? A pass to liberty is, in its nature, a guarantee of discrimination.

In fact, on April 19, the WHO asked that any plans for making proof of vaccination a condition of entry be abandoned because of the unavoidably discriminatory consequences.

A Belgian interdisciplinary group of lawyers and scientists has demonstrated in an extensive legal analysis that this proposal is a “disproportionate, inefficient and unfair obstacle to the free movement of European citizens”, in particular given the incomplete and inaccurate scientific claims it relies on for its justification.

The Commission’s assertion that introducing restrictions on free movement will somehow facilitate the exercise of that same right is quite simply absurd.

Despite its inherent dangers, the proposal for the GDC border control system lacks the usual complement of impact assessment, cost-benefit analysis and public consultation. As an MEP you will be aware that the Better Regulation rules, recently introduced, emphasise the importance of these procedures in maintaining the balance of power in Europe.

Given that the relevant information is easily to hand, we think that the Commission when drawing up the Proposal may have made this omission in error. In response, popular initiatives have sprung up across Europe, including the Petition on COVID-19 and Fundamental Rights and Freedoms raised by 21 citizens and organisations across 17 Member States to call a Parliamentary Committee to investigate the handling of the crisis; an ad-hoc committee of scientists and lawyers from different countries and organisations to analyse the underlying science and law of the Proposal; and the group Doctors for COVID Ethics, which have warned the Europeans Medicines Agency and the EU parliament of serious risks associated win COVID-19 vaccines in personal letters and open correspondence. In view of the mounting feeling of the European citizenry, it is our duty to ensure that Parliamentarians have what they require for a thorough and open debate.

So out of respect for Parliamentary sovereignty and in the hope of sparking a lively and constructive debate, we would like you to consider the below grounds. If you find our argument convincing, at the Plenary Session you might consider voting in favour of the amendment proposed by Mr Rob Rooken MEP for the complete rejection of this unpopular Proposal.