Tribute to Serge Rader, A Big Mouth With A Heart in Gold – Children’s Health Defense Europe 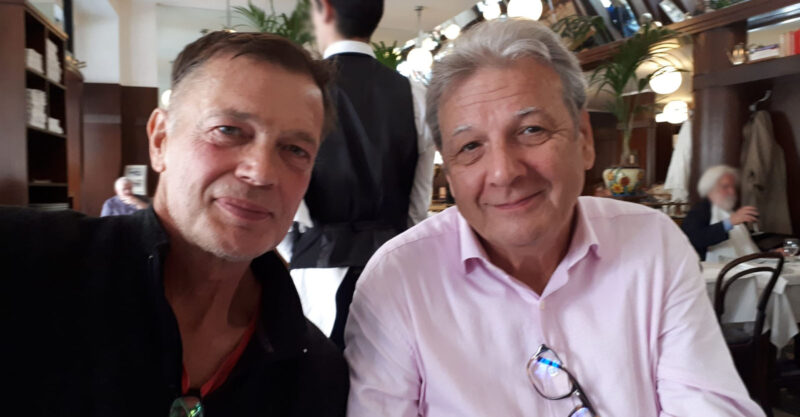 It is with great sadness that I learned of the departure of Serge Rader, one of the greatest critics of the French pharmaceutical mafia and a tireless defender of vaccine freedom.

Serge had a brilliant career as a pharmacist. With three pharmacies in the Champs-Elysées district, he knew the entire Parisian jet set… and all its diseases. Actors, presidents, nobles, TV stars, Serge had been with everyone. His success had led him to become president of the Order of Pharmacists and nothing seemed to disturb this pleasant picture. But as he approached retirement, following an incident involving the vaccination of a family member, Serge began to question the usefulness and safety of products he had sold by the thousands – vaccines.

This was the beginning of an intense whistleblowing activity and in-depth research on vaccination issues. With the ‘big mouth’ typical of his Italian origins, Serge made his voice heard like no other on the subject of vaccine safety. He became the chief pain in the ass of all health authorities.

I met Serge in Brussels, in February 2017, when we tried to organise an event on vaccine safety in the European Parliament. We invited Professor Luc Montagnier, and scheduled a screening of the film ‘Vaxxed, from cover-up to catastrophe’ to open the debate on the influence of the labs and the manipulation of vaccine safety studies published in scientific journals. It was shortly before the elections and we knew that the issue of vaccines would be on the table of the new government. But the subject was really too hot and the whole world went wild to prevent the debate from taking place, which was finally moved to a private room. Serge was one of the brave men who came from France to defend the cause. The film and his meeting with Andy had moved him a lot and despite his broken English, he had managed to communicate all his admiration to him. The two adored each other.

Serge fought against the extension of vaccination requirements like no other, with strength, passion and humour. As a boxer in his younger days, he liked to share his advice on the art of fighting: ‘You see, Senta, if someone tries to take the microphone out of your hand, you have to raise your elbow so you don’t let your guard down. I laughed and told him that, given our gender and size differences, I preferred to use other approaches to disarm my opponents.

He loved to make a fuss and undress the emperors. It wasn’t always subtle, it pissed off a lot of people, but it was actually good for everyone. I remember that he pretended to be a journalist to publicly denounce, in front of the press, the actions of the Minister of Health Agnès Buzyn, during a press conference where she was announcing the new vaccination requirements.

Serge was ready to do anything to protect children. He looked for evidence, even going so far as to have independent analyses carried out on many paediatric vaccines. He published the results, questioned the ANSM and the health authorities and took them to court. Everything was covered: autism, aluminium, nanoparticles, quality and toxicity tests.

He was impressive in his knowledge of the data, was untouchable on the composition of vaccines, the statistics of vaccine damage, the enormity of the money spent unnecessarily and the cronyism of Big Pharma. He was seen on all the free media, on TV, on radio, in magazines, he was everywhere and some of his interventions on social networks exceeded one million views.

From the beginning of the pandemic, Serge had denounced the abuses and lies of the ‘coronacircus’ on many platforms. He had also started an investigation into the French patents of the SARS-COV1 and SARS-COV2 viruses, the involvement of Pasteur Institute researchers in the search for gains in function and the links of INSERM with the Wuhan labs.

I will not speculate on the cause of his death. I note that this year a large number of people who have spoken out against government abuse in the ‘pandemic response’ have died.

Whatever the cause of their deaths, it seems that deep down their generous hearts may not have been able to bear the fact that all they tried to prevent is now unfolding before our eyes. Rather than succumb to fear or anger, I wish to remember that it was above all an incredible love for life that fanned their flame.

Thank you my friend for all that you have given us. Thank you for your spirit, your jokes and for the 400 rounds we did together… thinking of you, I can only smile.