UK Police Harass, Arrest Women For Drinking Coffee On A Bench At The Beach 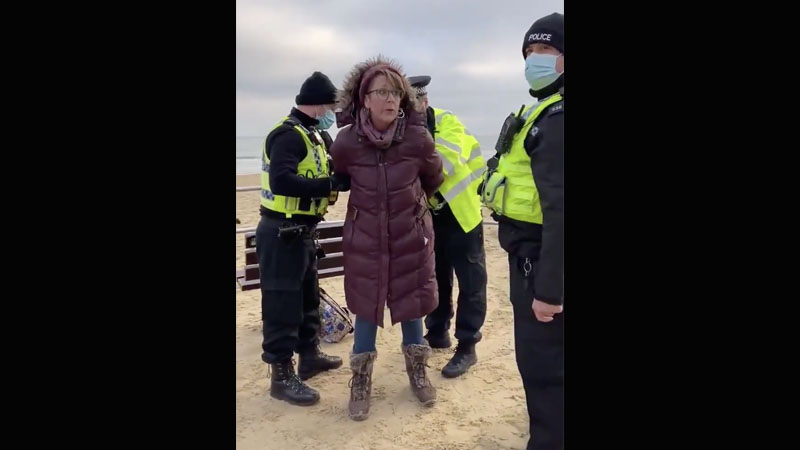 Video out of the UK shows police question a couple for taking a walk by the beach with some coffee as the country’s third national lockdown went into effect.

The perplexed couple appeared confused by the group of Sussex police officers badgering her about why she was outside.

“I saw on a bench having a cup of coffee — that is not ‘anti-social,’” the woman said in response to the lecturing policewoman.

“You’re being anti-social now, aren’t you?” the policewoman asked.

“Well, yes because you’re provoking me! You are! You literally are!” the woman replied.

The woman filming the encounter walked just a few yards closer to the beach to observe a woman who appeared confused as to why several police officers were handcuffing her.

The camera caught the first woman telling the police, “You’re going to arrest me for having a cup of coffee?”

“Choose your side!” the woman recording shouts to the police.

The Big Tech purge is here! Follow Infowars and Alex Jones on other growing platforms now to stay informed as the information blackout accelerates.

Alex Jones breaks down the fascist war on conservative idealism as the left moves to outlaw the right and exile thought criminals from society using big tech.

Source : UK Police Harass, Arrest Women For Drinking Coffee On A Bench At The Beach